The World of Rare Books

What Determines Value and Where is the Current Market?

The value of any copy is really determined at the time it is sold. The book market is small and always changing. Several prominent collectors placing their books on the market will reverse the markets as there are not enough buyers to absorb the material.

The rare book market is a very imperfect market because there are literally millions of out-of-print and rare books and only partially-published or cyberspace guides to asked or obtained prices. Before the internet, the consistency of prices in the market was supplied primarily by dealers’ memories and their comparative view of value, with some reference to auction records.  For common books, there is a high degree of consensus, but the rarer the piece, the more the price becomes a matter of opinion. Some of the vagaries will be reflected in the shifting interest of specific subjects. The price of rare books in the market has generally continued to rise sharply.

As an investment option, books are a hit-or-miss situation. The ILAB (International League of Antiquarian Booksellers) cautions that books should be bought because you love them, not as an investment. Some points to consider when thinking about collecting books.

An experienced consignor does not expect less-than-stellar books selling at auction to fetch estimated retail value but hopes to get close to it… or at least cover the initial investment and then some.  Take into consideration consignor premiums and the shipping fees. Consider the time and energy spent agreeing on acceptable titles and estimates, negotiating consignment terms, packing the books, mailing them off or carrying them in, and waiting on payment.

A Fair Market Value of a retail book is often 40% to 50% of a dealer’s asking price.  Some dealers triple the price while other dealers have a small markup.  About 20% of the books provide 80% of the revenue.  A 50% discount is common for big retailers of “New York Times Best Sellers’ List”.  When sold back to the book store, a book might be purchased back at 25% to 50% of its current market value.  Book dealers will negotiate a final price based on how many titles you take and your offer in cash to take them all away with you right now. The standard discount to the trade is usually about 20%, but that is not firm and it can go up or down depending on the parties and the value of the transaction.  Book shows prices are either very high or very low.  Dealers will often buy before or after a book show for the best deals.  Book prices are in constant influx and can fluctuate dramatically from dealer to dealer, depending upon the expertise that individual booksellers bring to particular books.  Specialists in any given field generally are the best market for that kind of book, and since most of their inventory is purchased from booksellers who are not as knowledgeable about the subject matter, collectors will generally see a doubling of prices when moving from the general bookseller to the specialist for most books.  Prices can be wildly out of kilter as compared with the specialist book trade.  This is typical with general used bookstores and when prices are very low, it is one of the ways that specialists have obtained their stock in the past.  Other dealers seem to price their books to sell very quickly.  A $300 difference for the same book has come up.  Some booksellers over-price from ignorance, others from knowledge abetted by a belief that the book is rarer or more important than has been generally supposed.

Rare books are feeling the squeeze too.  Rare books with worldwide search engines are not as rare when searching online internationally.  Meanwhile, prices of truly rare books, those that are virtually unprocurable – those that are nearly as hard to find on the internet as they were through traditional channels, seem to be holding steady or even raising.  Special great books still hold their value.

It is no secret the book market is not as robust as it once was.  More and more booksellers have responded by expanding the type of items they offer.  As collectors focus more on subjects rather than just one particular type of presentation – books – book dealers are selling various other types of paper and “ephemera” items within the field they cover.  Items that have a connection to books in some way include broadsides, comic books, documents, etchings, letters, manuscripts, maps, pamphlets, photographs, prints, and scrolls.  However, almost all worthwhile antique goods have far outpaced inflation and books are no exception.

Books, in general, peaked in the 19th century.  The popularity and importance stemmed from their unique ability to deliver “content” in a world in which content was otherwise limited.  Books also encouraged more complex thinking because to appreciate a story you needed to understand the details and pace and sense the story coming together.  Today, perhaps a third of the world’s population is functioning on a sprinkling of facts and a large dose of emotion.

Dramatic growth in self-publishing starting in 2016 with the majority of these print books published through Amazon’s Kindle Direct Publishing.  The audiobook format has been booming since 2012.  Readers of crime, romantic novels, and thrillers prefer e-readers, according to Nielsen Book International.

A modest decline in the prices of books and paper at auctions occurred in 2019.  However, more book lots were sold. The economy in the Western world was good but much uncertainty exists with the Trump administration and Brexit in Europe. However, the average price is a less accurate gauge of the market than is the median as it can be substantially impacted by a small number of very expensive lots.   More books/lots on the market have driven down the price by competing for the same collector dollars.  Another factor is the lower minimum acceptable prices that auction houses set.  The lower valued items for both auction houses and consignors desire to move this type of material.  They do not want it back as auctions are often the last option available for selling books of lower value.  The higher valued book market remains strong.  It is estimated there were $725 million in sales by Rare Book Hub in 2019.   The fourth quarter of the year is the busiest time for sales and August is the slowest with people on summer vacations.  Sotheby’s New York and Christie’s London-King Street are two leading book auction sellers.  Other major auction sites are Pierre Berge & Associates, Ketterer Kunst Doerling, and Profiles in History, and Bonhams.  Heritage Auctions sells the most lots followed by RR Auction and Holabird Kagin Americana. Different books will price with widely varying degrees depending on importance, condition, and rarity with similar sets following marked patterns.  Universal recognized books like Newton or Shakespeare are at one level and the next level is obscure books that have increased value because they appear in the right bibliography and later a collecting guide. 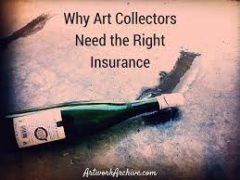