A Portrait of a Venetian Nobleman by Peter Paul Rubens reached $7 million at Sotheby’s in July 2018.  At a time when contemporary art has become the art market’s most coveted segment for elite collectors, this sale reflects the vibrancy of the market for Old Maters’ portraits.

In fact, portraiture is one of the areas art specialists suggest prospective buyers focus on if they want to spend smart money on the Old Masters.

Prices for portraits whether by big stars like Rubens or less renowned artists, tend to be consistent and demand for these remains steady.  Portraits of significant figures such as writers, poets, mistresses, rulers, and personalities who shaped the history of civilization, are particularly attractive to collectors.

Recently handled by Veritas Fine Art Appraisals & Consulting Group for the McCormick House, this gorgeous portrait of Nell Gwyn attributed to Sir Peter Lely (British, 1618 – 1680) is the kind of portraits that would spark a lot of excitement among Old Masters’ collectors if it were to be sold.  It is currently housed in the McCormick house in Wheaton, a suburb of Chicago. This mansion, built in 1896, was once the home of Chicago Tribune editor and publisher Robert R. McCormick (1880-1955). It became a public park and museum after Robert’s death in 1958.

‘Pretty, witty Nell,’ as she was nicknamed by British diarist Samuel Pepys, is one of these iconic mistresses who had inspired artists and triggered much gossiping and jealousy among the high society members of her time.

Eleanor Nell Gwyn (1650 – 1687) although of humble origins, was a long-time mistress of King Charles II of England and Scotland.  A celebrated London actress acclaimed for her tremendous comic talent she became the ruler’s favorite mistress until his death in 1685.  As renowned London dealer Philip Mould wrote, she helped establish the acceptability of mistresses amongst royalty, a tradition that has never entirely been discarded.

The iconography in this painting emphasizes the sitter’s sexual availability as exemplified with the exposed breasts. Catherine MacLeod, Senior Curator of 17th Century paintings at the National Portrait Gallery in London notes in Painted Ladies, Women at the Court of King Charles II, that portraits by Lely showing bare breasts seem exclusively to depict mistresses, especially of non-aristocratic birth. As Philip Mould explained, only a sitter relaxed about her status, and unconcerned about both her class background and social etiquette, would agree to being depicted in this manner. In fact, Nell Gwyn never pretended to be of high rank. In a famous incident, she is known for saying “I am the protestant whore.” The pose as a shepherdess garlanding a lamb is unrelated to being a mistress.  It was just a popular pose in the 1670s.

The McCormick painting is quite significant as there are very few portraits of Nell Gwyn that were produced during her lifetime. There are only 3 of them that can be identified. Two of these portraits, both by Sir Peter Lely, are known only through contemporary engravings and a handful of mediocre copies, possibly produced by Lely’s studio.  The prime version by Lely painted about 1675 has been lost.  The third is a half-length portrait by Simon Verelst in the National Portrait Gallery in London, similarly showing the sitter with one nipple exposed.

If the McCormick painting proves to be the lost original by Lely, it would therefore be a very significant discovery as it would be the only known portrait of Nell Gwyn by a major artist.   Sir Peter Lely dominated the art world of the second half of the seventeenth century in England and anyone of importance commissioned a portrait by him.  Sitters would be booked in at hourly intervals. Diarist Samuel Pepys wrote that Lely was so busy that he had to schedule early morning appointments in order to keep up with an overwhelming demand.

To conclude on the Old Masters’ market, a recent Artnet article pointed out that due to extremely limited supply and heightened demand, Old Masters tend to maintain their value and rise in price only gradually. Although leading experts in this field have little doubt about an attribution to Lely, the painting hanging in the McCormick House has not been officially authenticated yet.   The many seventeenth century portraits incorrectly ascribed to be Gwyn have usually been a draw when sold at auction. So, there is no doubt that this portrait would attract significant interest as a newly discovered major work. 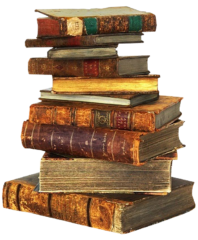 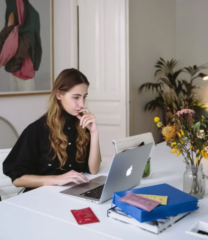 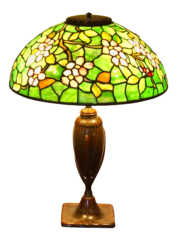 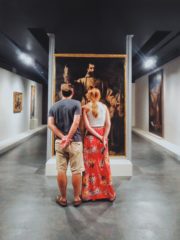